Chicago Sports Museum - Learning With a Focus on Interactivity and Fun 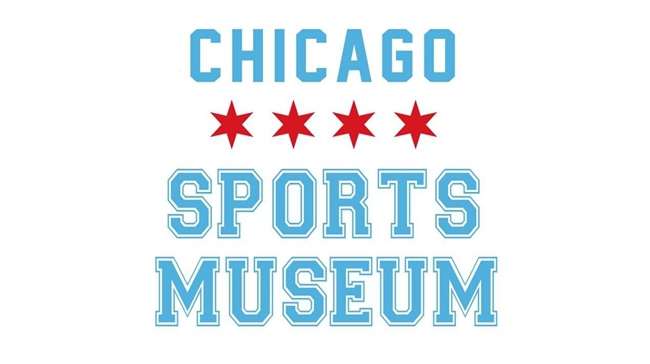 The Chicago Sports Museum, which opened in Chicago, is a new addition to the city’s many attractions, one that should captivate the residents, visitors, and any sports fans who find themselves in the vicinity of Water Tower Place. The museum, which stretches across 8,000 square feet, combines sports-themed interactive experiences with an engaging collection of sports memorabilia and artifacts, from the last ball in the 1945 World Series and game-worn Chicago jerseys to Bobby Hull’s 2010 Stanley Cup Championship ring and Sammy Sosa’s corked bat. In a city that is so well known for its athletes and teams, the museum fills a cultural void, and is the first one dedicated entirely to sports. 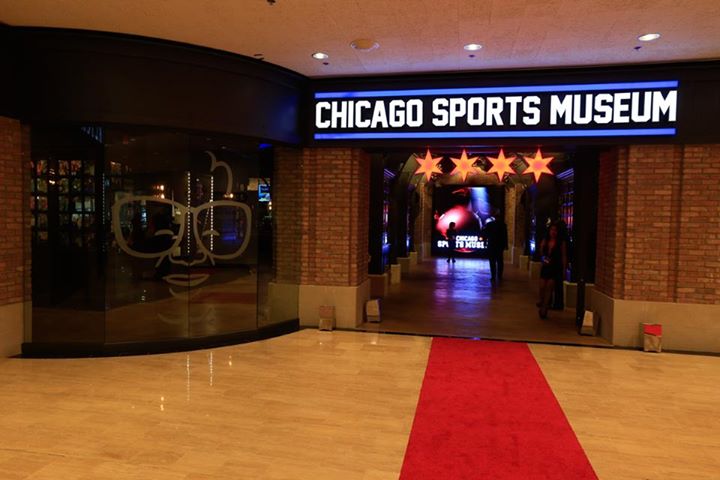 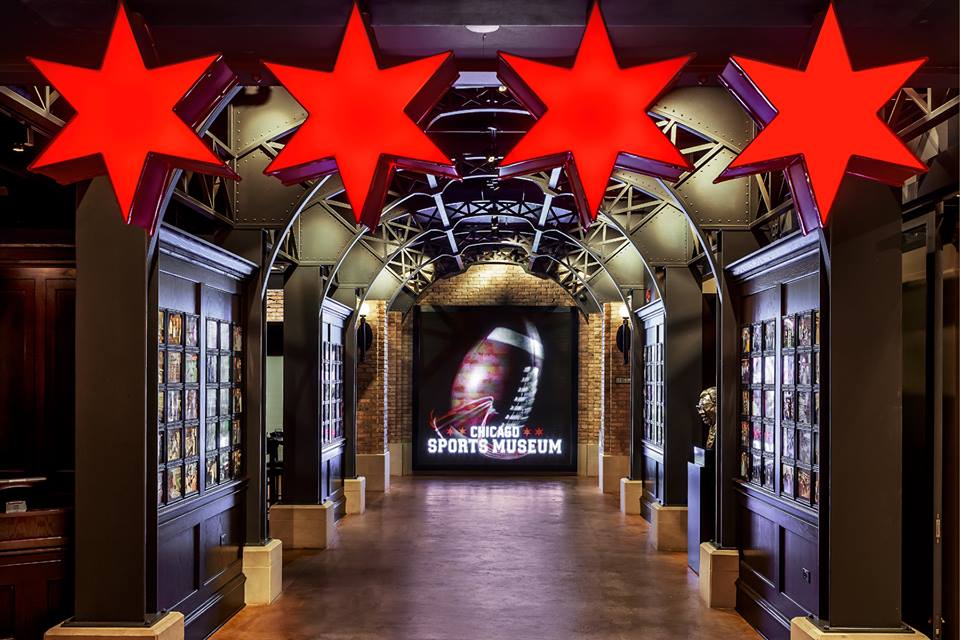 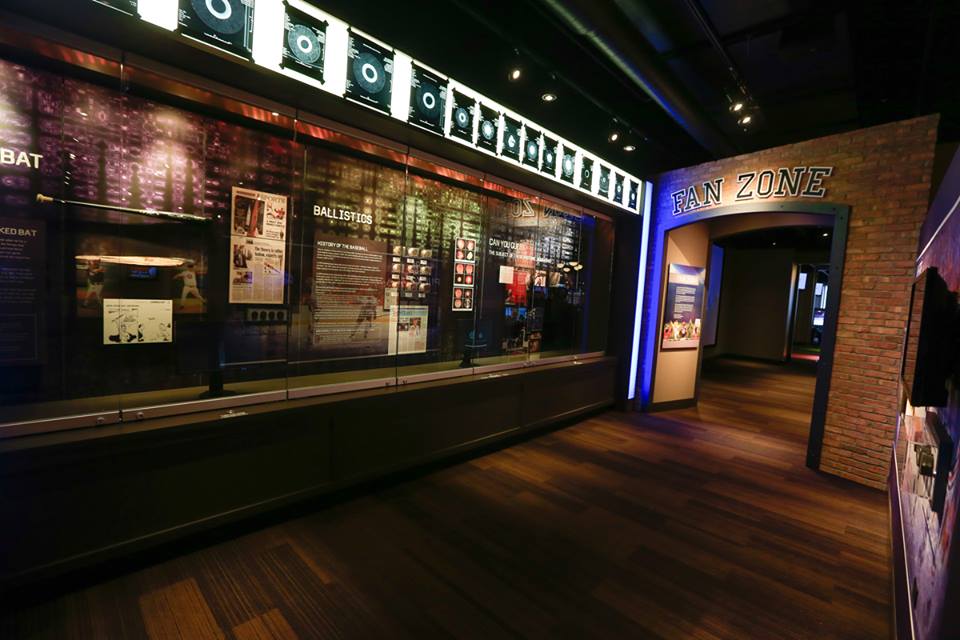 The Chicago Sports Museum was designed with a focus on interactivity and fun. The idea behind the interactive games and displays was to make sure that visitors were having fun while learning about different sports and legendary personalities.

The interactive attractions at the museum include sports trivia and a number of interactive games, skill challenges, and sports simulations, from baseball and football to hockey and basketball. Some of the museum’s attractions use Kinect technology to let sports enthusiasts shoot hoops using avatars of professional athletes. 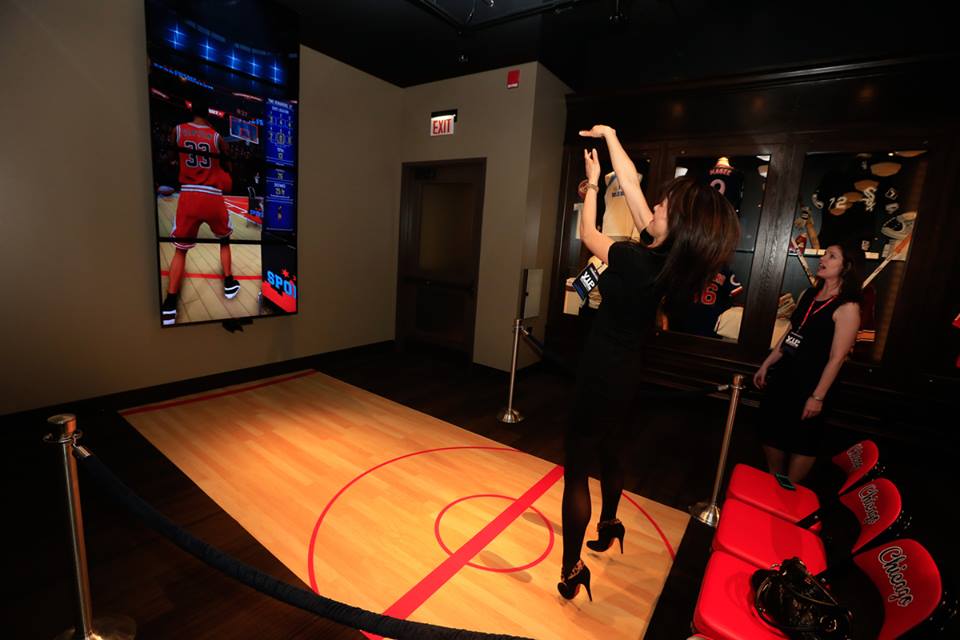 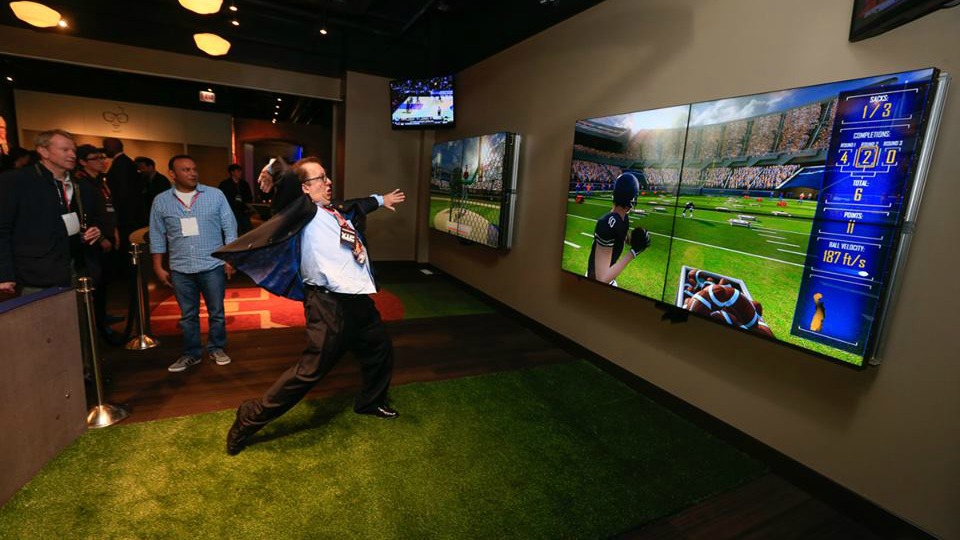 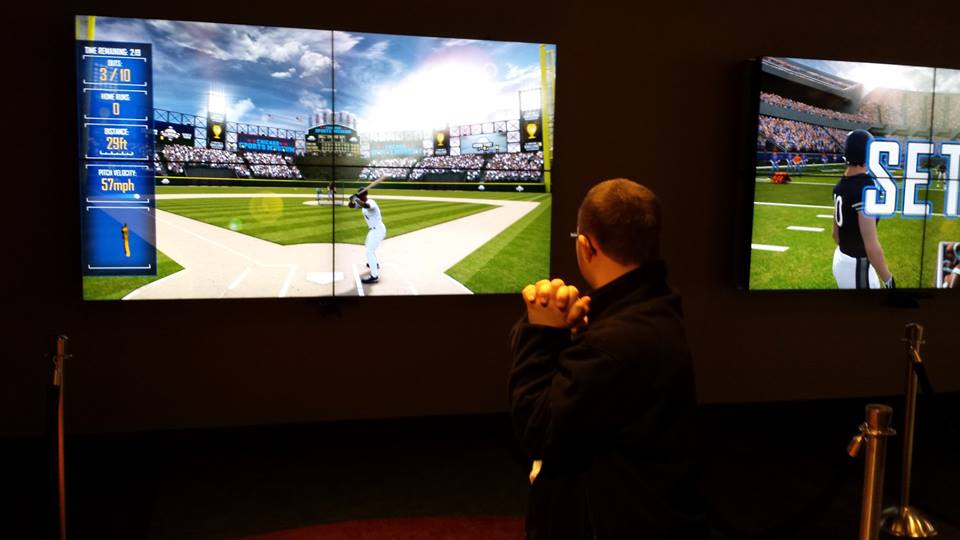 The Chicago Sports Museum is organised in five zones. The first zone, called Measure Up, is designed to demonstrate the special skills of Chicago’s finest professional athletes like Bulls legends Scottie Pippen and Michael Jordan, and Black Hawks goalie Tony Esposito. One of the interactive games featured in this zone challenges visitors to jump as high as Michael Jordan. The game uses buttons on a wall to let visitors see how their vertical leap compares to Jordan’s. Another game uses sliding poles on a wall to test visitors’ wingspan - the length of their arms and hands from the tip of the left middle finger to the tip of the right - against Scottie Pippen’s. 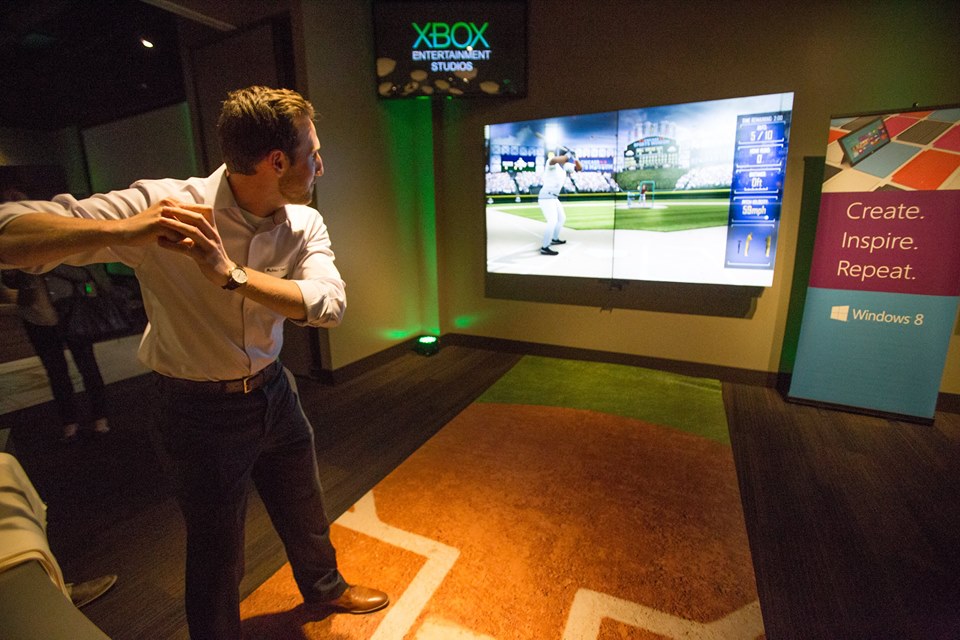 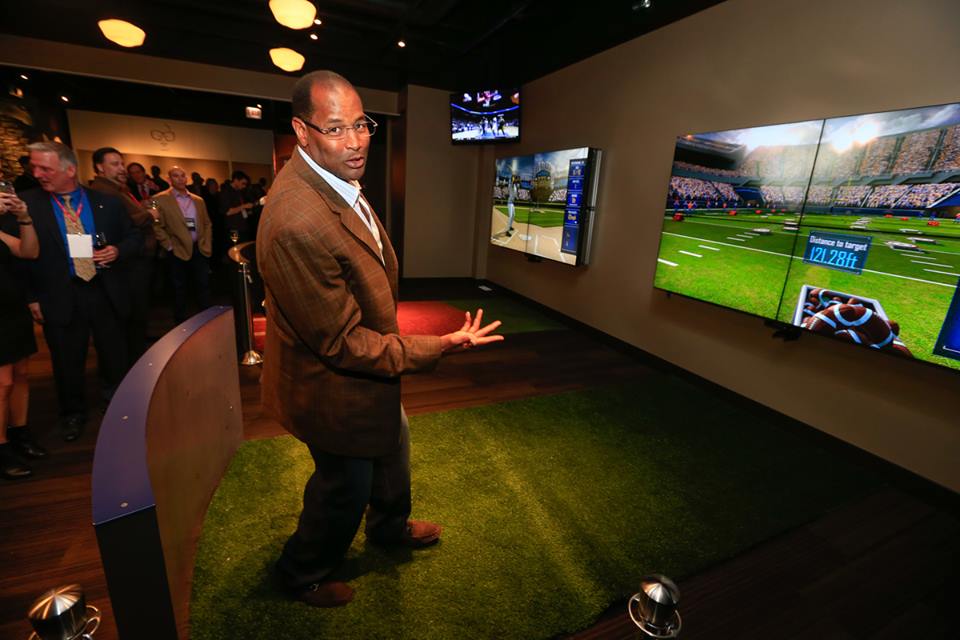 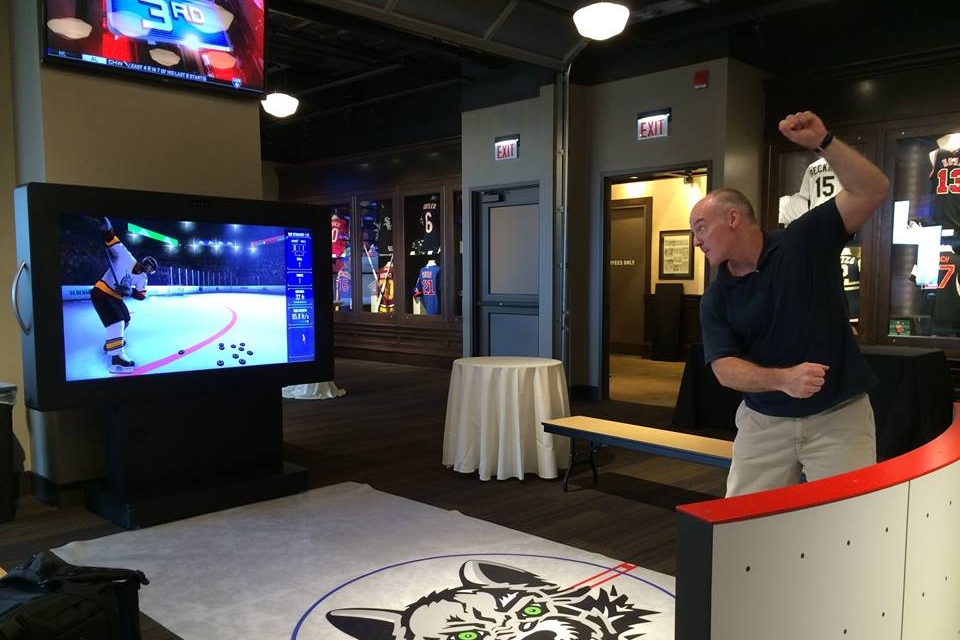 Hockey fans can enjoy a reaction game called “How Quick Are You?” They are challenged to block light-up “pucks” from entering their goal space, with NHL legend Tony Esposito guiding them through the game. Meanwhile, fans of baseball can try out a “strategic pitching” interactive feature, which lets them grip different baseballs to discover what strategies pitchers Steve Stone and Greg Maddux used to strike batters out. 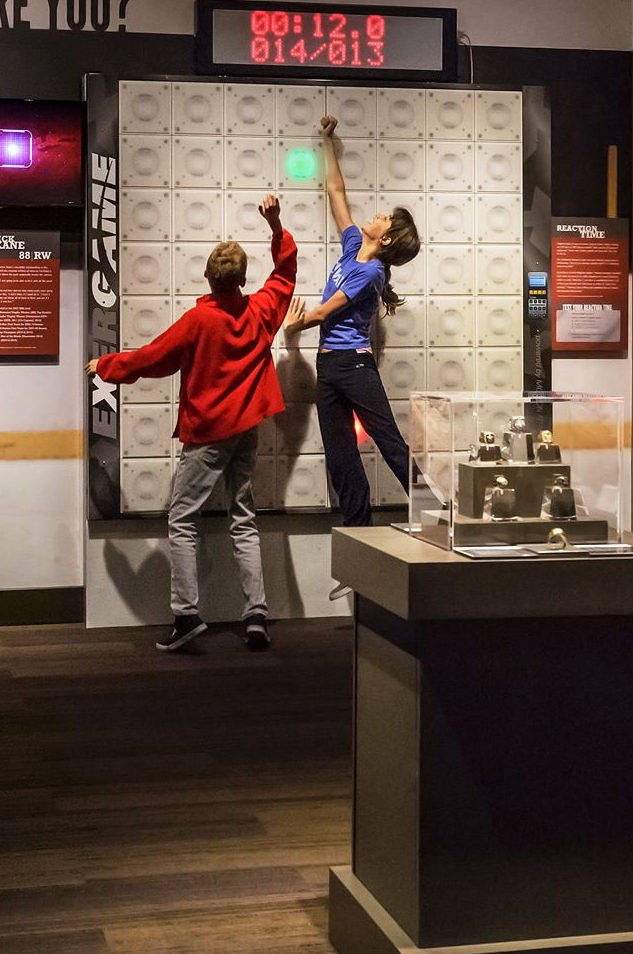 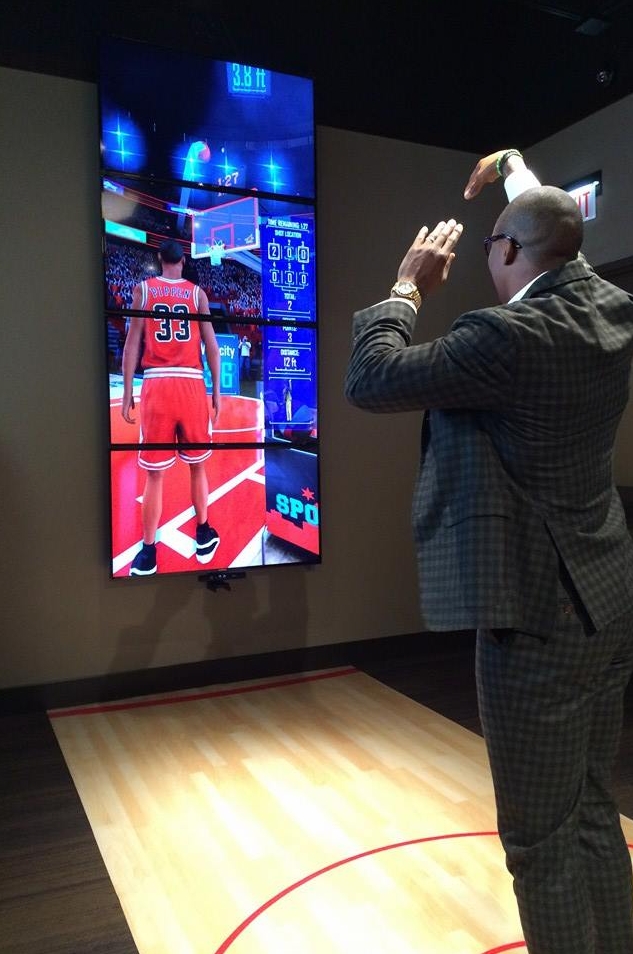 Other zones in the museum are the Fan Zone, which engages visitors with numerous sports trivia games, Forensic Sports, which shows how forensic techniques can be applied to unravel sports mysteries and how baseballs and bats have evolved over time, and the Hall of Legends, where visitors are challenged to play different sports games with famous athletes. The interactive games in this zone include hockey, baseball, football, and basketball. 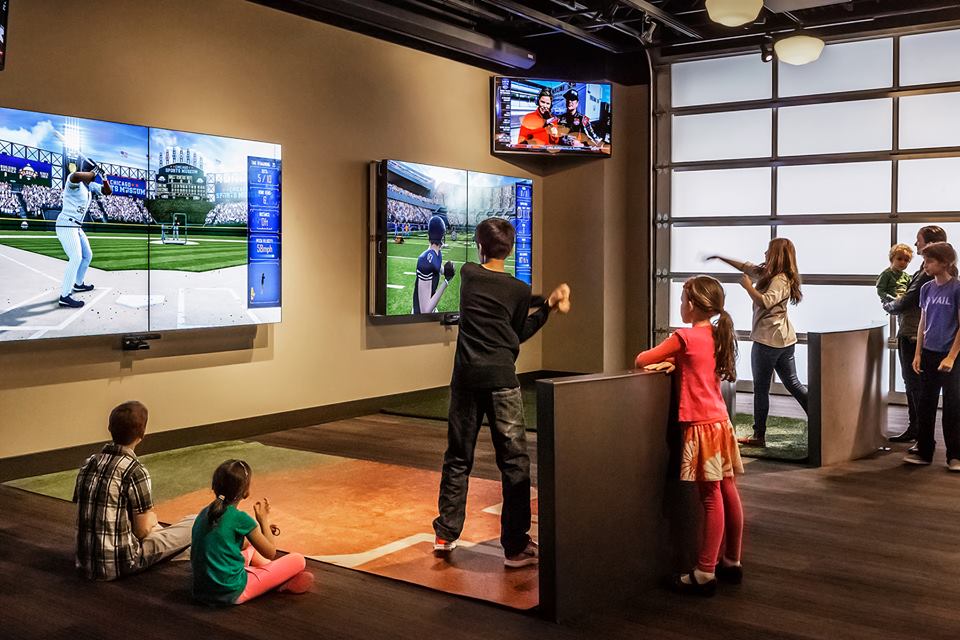 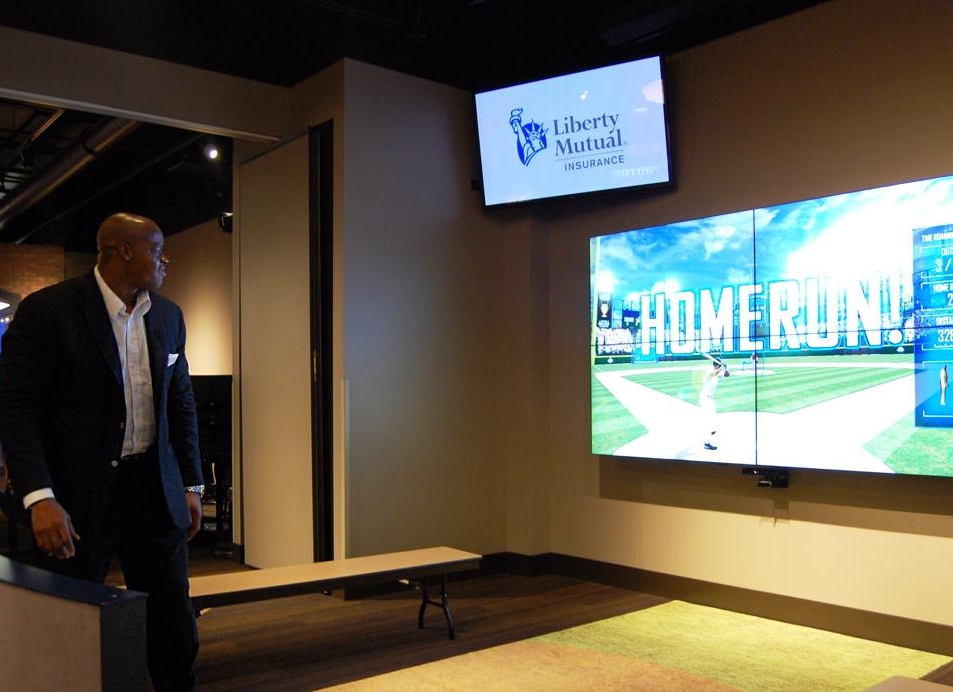 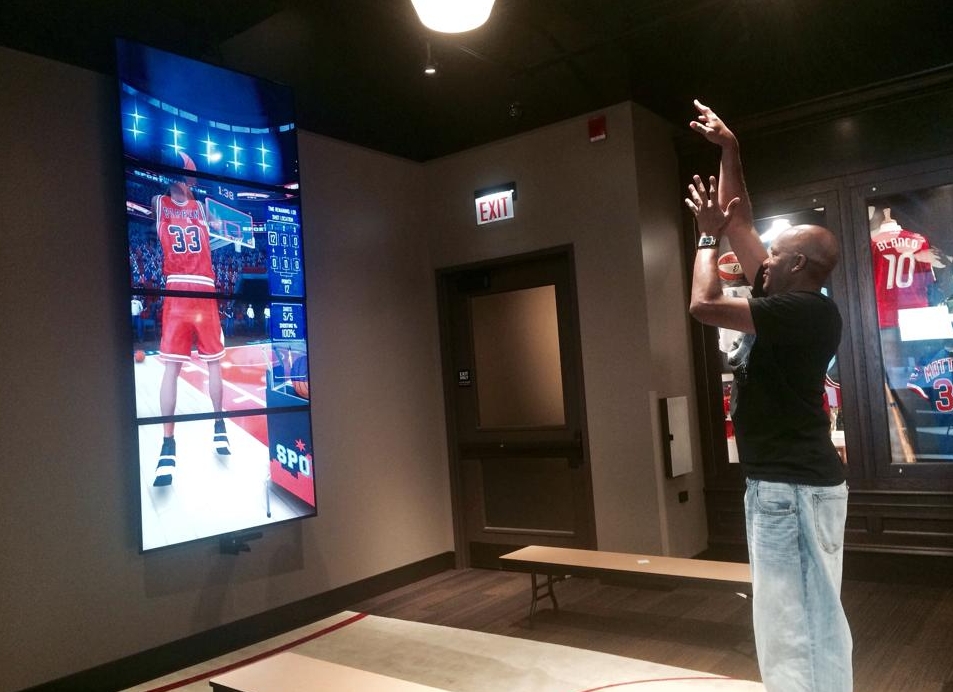 Last but not least, there is the Curses and Superstitions zone, which features some of the tales and legends of Chicago sports curses and provides a peek into famous Chicago athletes’ rituals and superstitions.

The Chicago Sports Museum was brought to life by Grant DePorter, CEO of the Harry Caray Restaurant Group (HCRG) and an avid memorabilia collector. The entire project cost an estimated $12 to $14 million not including the memorabilia. Some of the thousands of items DePorter has collected over the decades are now on display at the museum. 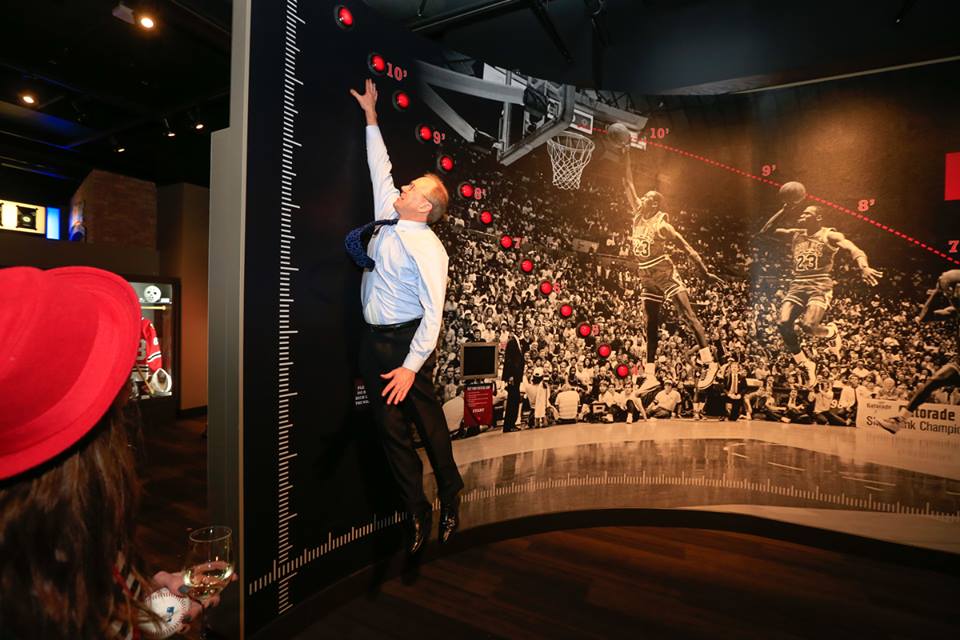 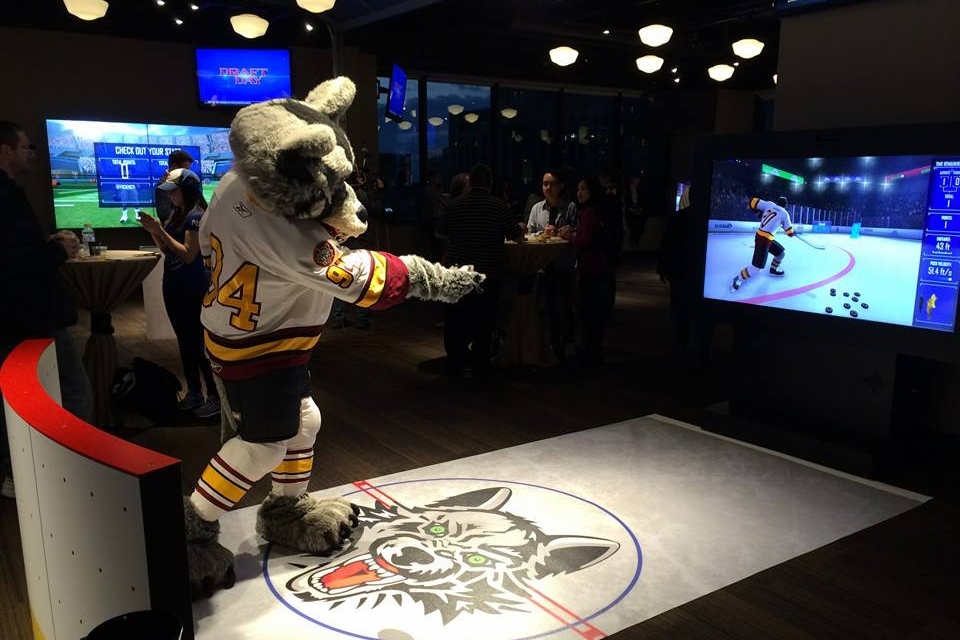 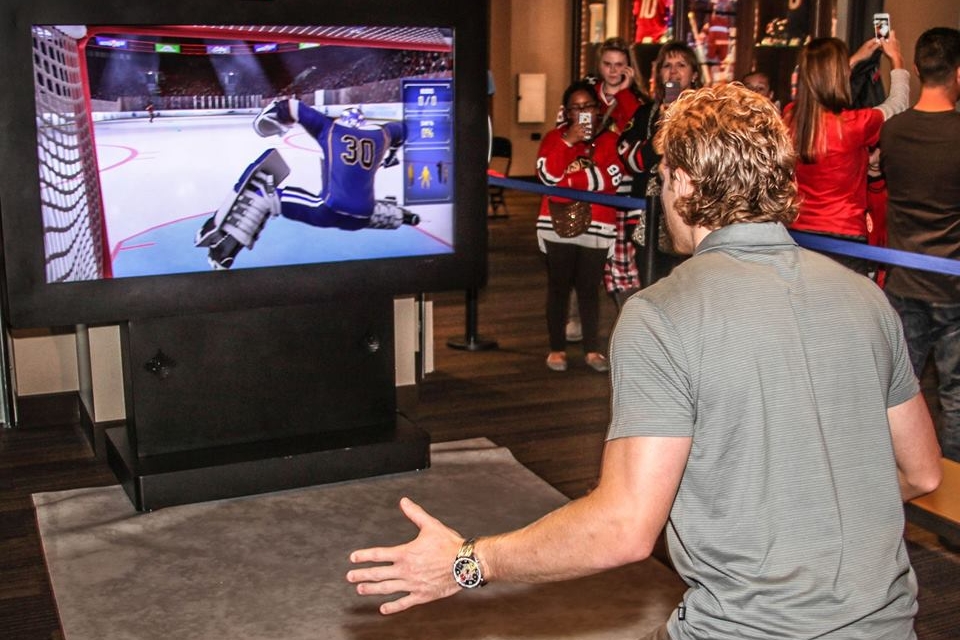 Harry Caray’s Restaurant Group, named after the famous American baseball broadcaster, was established in 1987. Along with the museum, the company operates seven restaurants and a catering company.

The Chicago Sports Museum is located on Level 7 of Water Tower Place, next to HCRG’s newest restaurant, 7th Inning Stretch. Restaurant patrons and children under 3 can visit the museum for free. For everyone else, tickets are $6 (general admission) and $3 (seniors). 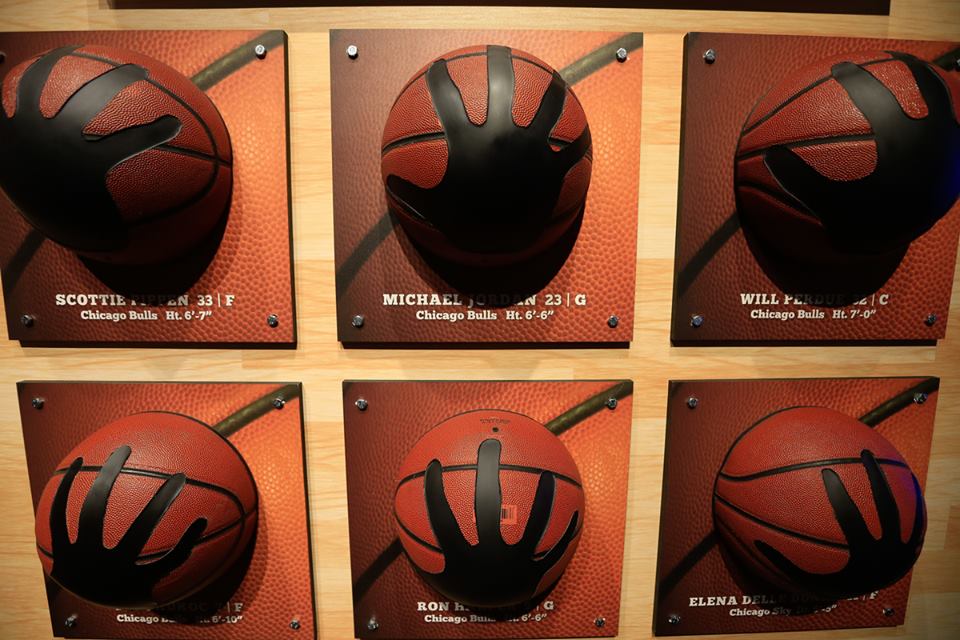 Mittweida, Germany
twall® is a new interactive training device, which covers broad areas of application such as fitness and events markets. 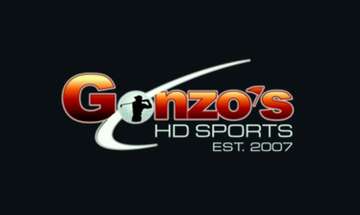 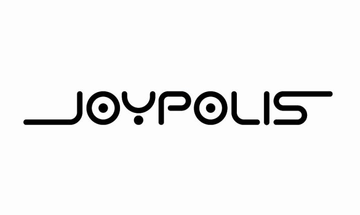 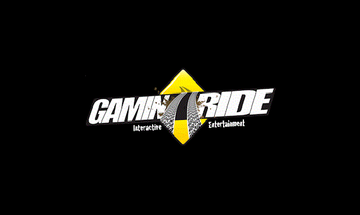 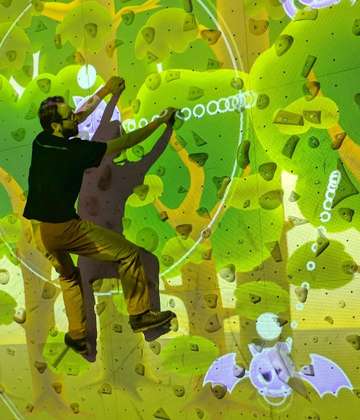 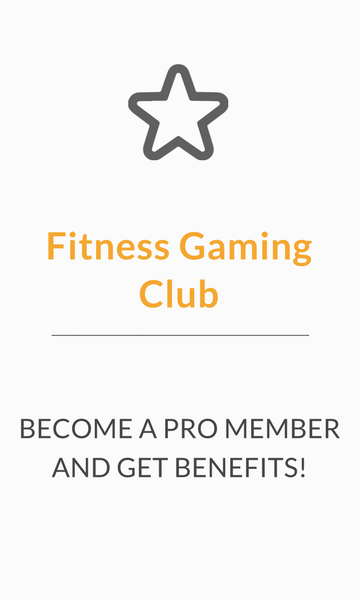 twall® is a new interactive training device, which covers broad areas of application such as fitness and events markets.
Mittweida, Germany 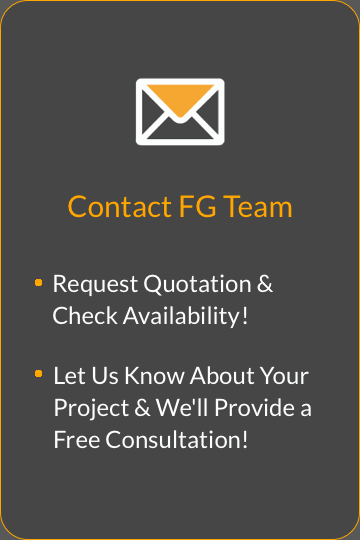 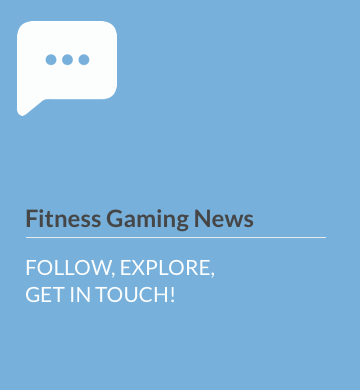 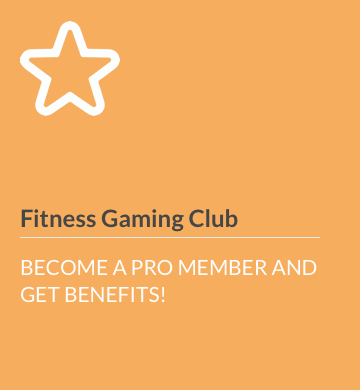 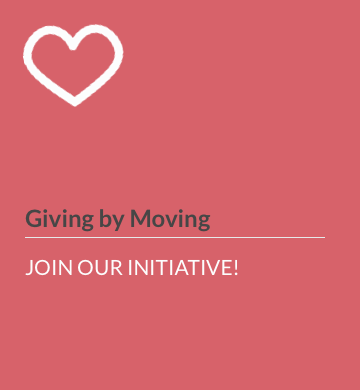